I personally don't know why people dislike/hate/are revolted by brussels sprouts. I assume it's due to a bad experience. I never ate brussels sprout anything growing up, so for a long time I never knew how they tasted or what to do with them. Then, I had a life-changing brussels sprout moment at Motorino in New York a few years ago. Brussels sprout and pancetta pizza.. holy goodness. That pizza is so scrumptious that it hurts to be 3,000 miles away. I literally want to cuddle with that pizza. Okay, I'll keep it G-rated and stop now. It's not even possible to recreate the depth of flavor developed by brussels sprouts roasted in a brick oven. So if you are ever in the East Village, stop by Motorino and know that I am jealous. I don't really miss pizza much, but that pizza.. it doesn't make me feel even a smidge guilty for binging on gluten and cheese.

Okay moving on, back to brussels sprouts. I don't mind them just oven-roasted with EVOO, salt and pepper. But today, I was feeling adventurous and decided to add a twist. 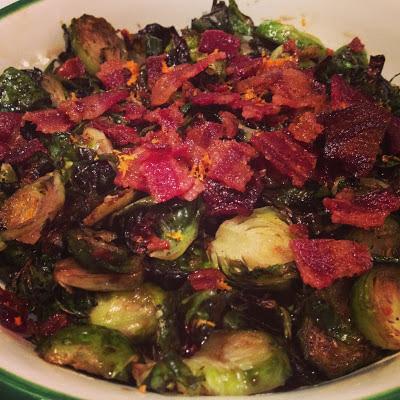 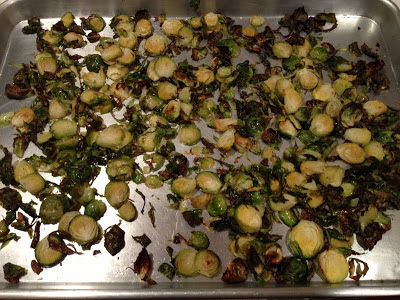 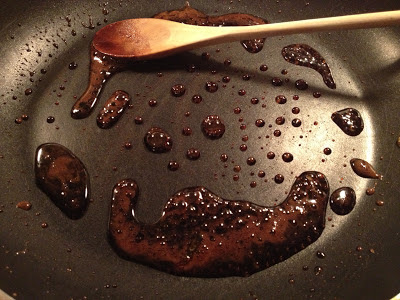 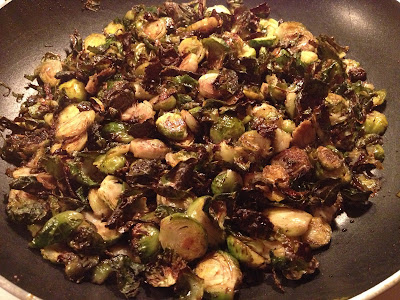 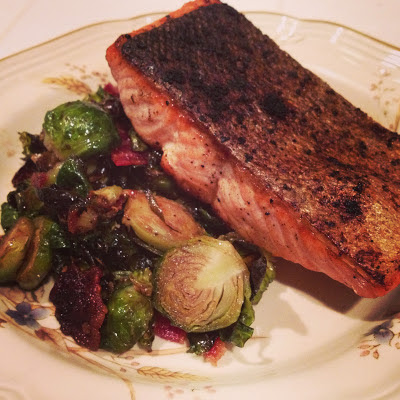 I paired my brussels sprouts with a salmon fillet. I only added lemon pepper to the skin and cooked it in the same frying pan with some EVOO. I've been pan-frying my salmon lately instead of baking it in the oven, mostly because I've been dealing with skinned salmon. I find that by cooking it in the pan, I can get the skin really nice and crispy and it somehow also turns out perfectly moist every time. If I did have a skinless fillet, I would then prefer baking it in a foil packet with herbs, fresh lemon, onion slices, and cherry tomatoes. But that sounds like another recipe for another day..
Posted by Bri at 11:46 PM